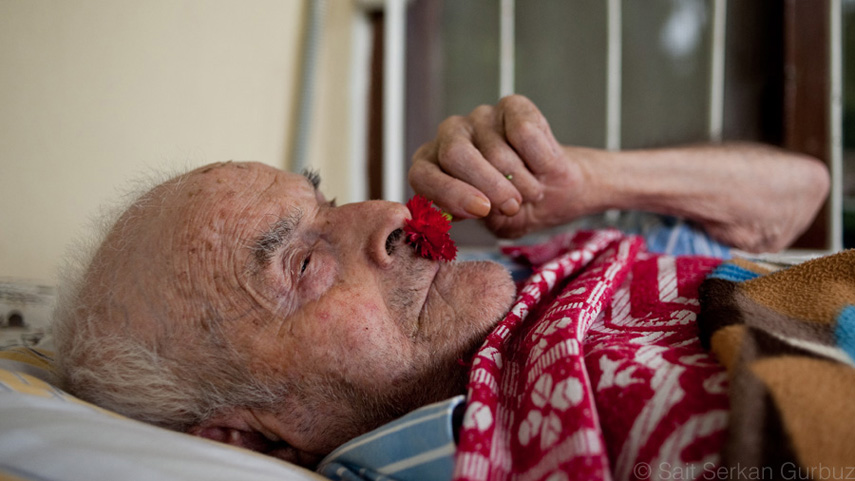 Banishment did not pass, like an earthquake, which always spares a certain number of people and houses. Banishment would go on till the last Armenian had either been slaughtered, died of hunger on the roads, of thirst in the desert, or been carried off by spotted typhus or cholera. This time it was not a case of unbridled, haphazard methods, of whipped-up blood-lust, but of something far more terrible—an ordered attack. It was all to go according to a plan worked out in the government offices of Istanbul.

The First World War was raging in full force when in the capital of the Ottoman Empire began, for all the world to see, what many historians retrospectively called one of the first genocides of the twentieth century.

Under the pretext that the Armenian people had conspired with Russia against the Turks, exactly one hundred years ago the new nationalist government in Constantinople began to arrest its intellectual elite. Subsequently, the general Armenian population fell victim to targeted massacres or was forced on circular death marches through the Syrian desert. According to some reports, up to 1.5 million people were killed in this way.

The depopulated villages and towns in eastern Anatolia were looted and repopulated. Looking at the map today, the numerous Armenian place names have almost completely disappeared. For a more truthful account of history, one has to look elsewhere.

A fight against the odds

The best known literary examination of the Armenians’ fate, at least in the German-speaking world, probably is Franz Werfel’s 1933 novel The Forty Days of Musa Dagh. On a trip to Damascus, the Austrian writer encountered mutilated Armenian children who had lost their parents in the genocide. Deeply moved and in search of material for a book, he discovered the records of a pastor from a village near Antioch. Unlike the majority of the Armenian community, who did not resist the deportations, his congregation had successfully defended itself against the Turkish aggressors.

Werfel’s epic is situated on the Musa Dagh, literally Moses mountain. Under its shadow, there are seven Armenian villages. It is no coincidence that apart from the the Old Testament prophet, forty days of ordeal are mentioned in the title: The author refers not only to the history but also to the mythology of the Armenians as the oldest Christian nation in the world. An enslaved people needs a redemption figure, and this figure arrives in the shape of Gabriel Bagadrian. The Parisian emigrant has family ties to Yoghonoluk, the largest of the seven villages. When the tidings of the Armenians’ impending fate reach him, he leads the exodus of the five thousand villagers onto the Musa Dagh. On the spacious massif a provisional city is built, which is surrounded by elaborate fortifications. The fight against an almost inconceivably superior army begins.

A cross-section of Armenian society

In almost eight hundred pages, the story of all stories is told. The unimaginable suffering, the unavoidable bloodshed is limited to the extent that it needs to generate the appropriate depth. The rest of the pages are filled with dozens of finely drawn characters who represent a cross-section of Armenian society. In fact, an Armenian priest said about Werfel, whose work was enthusiastically received by the survivors of the genocide: »We were a nation, but only Franz Werfel has given us a soul.« The greatest achievement of the book is making the Armenian fighters appear so tangible that even on the battlefield they seem to be facing Turkish brutality with the deepest humanity.

The Forty Days of Musa Dagh was a revelation for the Jewish audience as well. During the Holocaust, it served as an inspiration for organized resistance in the ghetto of Bialystok. Werfel, himself a Jew, had already emigrated to the US at this point. A premonition of the horrible experience that his own people were to face can be detected when he describes the Turkish Minister of War Enver Pasha: »If only the man were malicious, if he were Satan! But he had no malice, he was not Satan; this quietly implacable mass-murderer was boyishly charming.«

The emotions of a nation can turn negative so quickly, and yet it takes so long to rebuild old friendships. One hundred years of history in Asia Minor have not been enough to reconcile Turks and Armenians. On the contrary: Some of the politicians that helped to found modern Turkey in 1923 also shared responsibility for the genocide. Hence, one reason for the government to cover up this part of Turkish history to the present day is not to be questioned in its own legitimacy.

Still, some progress has been made. In the mostly Kurdish-populated city of Diyarbakir, the largest Armenian church in the Middle East has been rebuilt. And this is even though a hundred years ago, it was especially Kurds who acted upon the orders from Constantinople. Armenians who for their whole life thought of themselves as Muslim or Kurdish rediscover the story of their grandparents. Even in Turkish civil society, the demand for a reappraisal of the past is growing.

The last Armenian village in Turkey

Two people who stand against oblivion are photographer Sait Serkan Gurbuz and journalist Caroline Trent-Gurbuz. They spent three weeks in Vakıflı, the last Armenian village in Turkey. Although their documentary project is not directly concerned with the events starting in 1915, the connection offers itself automatically: Vakıflı is one of the seven villages Franz Werfel wrote about. The 123 people who still live there today are in part descendants of those Armenians who fled to the Musa Dagh.

Vakıflı is once again facing extinction, but this time the residents are leaving voluntarily. Istanbul in particular lures them in with educational and career opportunities, with prosperity and culture. Those who have remained speak very emotionally of their village. If one wants to escape the noisy, dirty and crowded streets of the metropolis, there seems to be no better destination than Vakıflı. In its coffee shops, people play Backgammon day in and day out, as if time stood still. In the citrus groves, the most beautiful sun-kissed oranges are grown. And if you look far enough into the distance, behind green hills with the occasional village roofs, you can see the sea.

It doesn’t matter whoever you are, Muslim or Christian. Muslims go this way, Christians go that way, but they end up in the same place, with one God.

It is difficult enough to give justice to a single person in words and pictures, if only as an approximation. In the many stories about the villagers, about their concerns, rituals and dreams, the two authors succeed not only in doing that; they even manage to bring to life the community as such. The depictions range from the oldest to the youngest inhabitant, from happy families to widows and involuntary singles. The people portrayed allow for a remarkable intimacy. They make themselves vulnerable and precisely that makes them all the more dignified.

It soon becomes clear that prejudices can only exist where people don’t know each other. I have the feeling that, at least for a small part, Vakıflı has become home to me.

The quotations are taken from Geoffrey Dunlop’s 1934 translation of The Forty Days of Musa Dagh, which can be borrowed for free from Open Library.